IMWarning is a message that is showed every time a chat windows is opened. This is a new feature on Lync Client 2013 Basic and Full, since the RTM version has a limitation to show Special Characters. In Portuguese, for instance,  “Atenção” contain the ç and ã characters which will not be correctly displayed in Lync 2013 Client. To test this I use the following characters sequence: 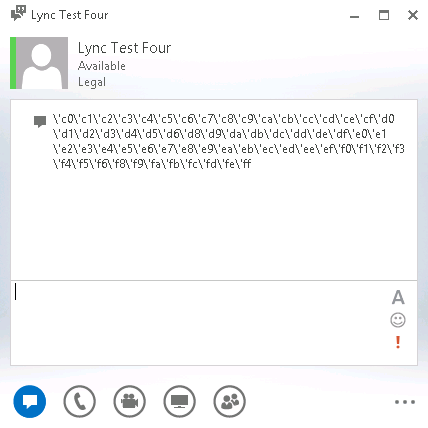 Just as a comparison, in Lync 2010 Client you will receive the proper message:

This means that Lync 2013 Client is receiving the same property as Lync 2010 Client, but somehow it gets messed up while displaying it.

Lync 2013 Client Cumulative Update 3 fixes this issue, therefore we can update using the steps described in:

And now we will have all special characters properly displayed: 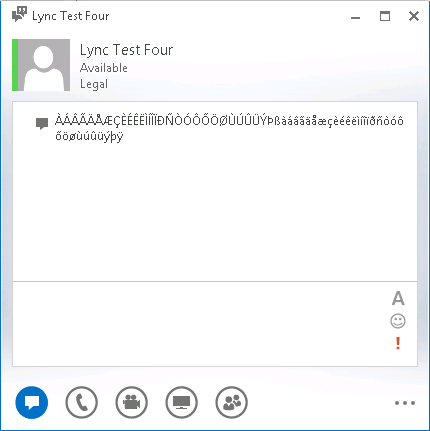 Extended character is displayed incorrectly in a disclaimer in Lync 2013
http://support.microsoft.com/kb/2882814

View all posts by David Paulino

This site uses Akismet to reduce spam. Learn how your comment data is processed.